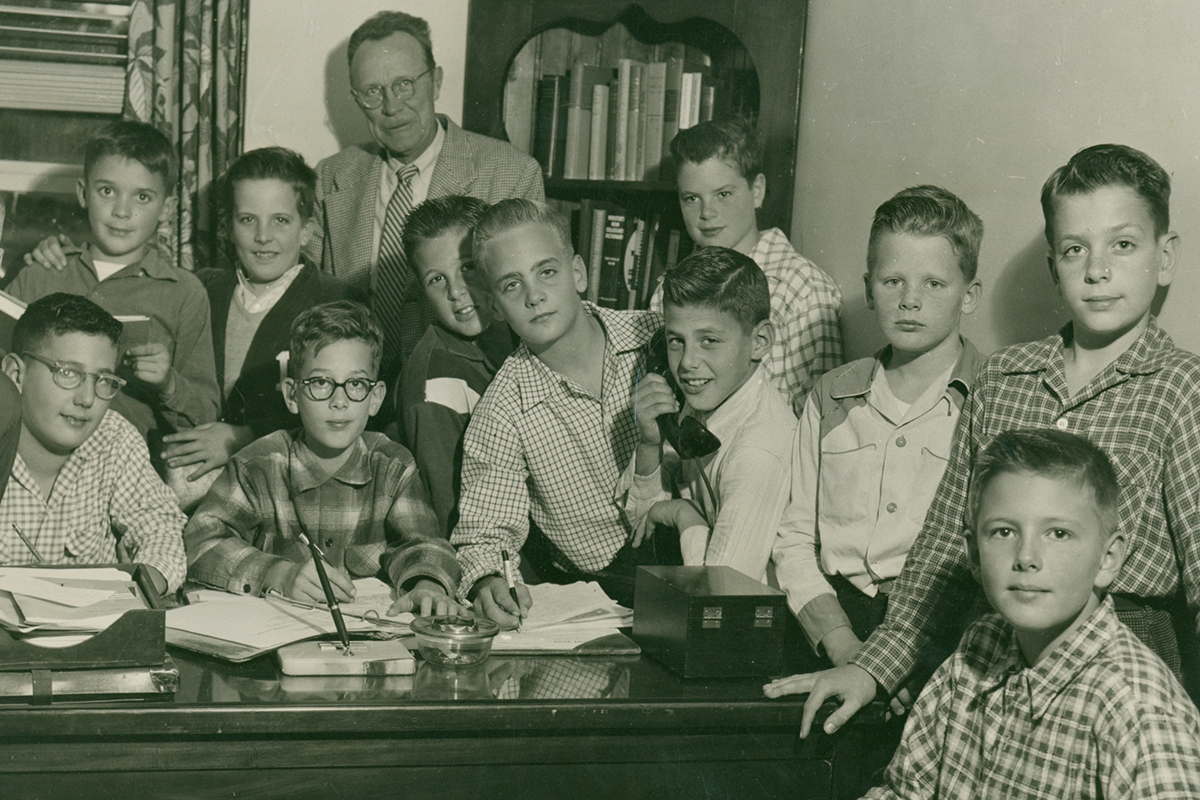 Landon School was founded in 1929 by Paul Landon Banfield and his wife, Mary Lee Banfield. The school started in a converted mansion in the heart of Washington, D.C.’s embassy row.

1934 — Landon School moves to the Walsh McLean estate (Whitehall) at the corner of Bradley Blvd. and Wilson Lane in Bethesda, Maryland.

1936 — Landon School purchases the Andrews estate at 6101 Wilson Lane, where the school stands today. Classes for Grades 3–6 remain in Whitehall until 1940.

1939 — Landon boys win their first IAC championship. It’s for baseball. In the years that follow, they win an IAC title every year except three.

1940 — Following the completion of the new Perkins Gymnasium, the Lower School building is constructed.

1943 — Albert Rogers is wartime acting headmaster. Landon conducts three graduations the next year (February, June and August) for students heading off to war.

1954 — The public is invited to tour the newly acquired Perkins Memorial Azalea Garden, and the annual Azalea Garden Festival, a scholarship fundraiser, is born.

1968 — Landon School fields its first lacrosse team with Coach Sullivan. Participants are in Grades 5 and 6.

1971 — With only 15 boys in the dorm, the Boarding Department closes at the end of the school year.

1992 — A course in humanities is installed for juniors, combining English and history in an interdisciplinary study of the foundations of Western civilization.

2002 — The school adds a Civility Code to the core principles that govern our behavior as members of a community dedicated to the inclusion of all.

2008 — Landon adopts a Code of Character, which raises civility to the level of honor; the Joshua M. Freeman ’83 Center for Athletic Achievement opens, providing a new fitness center and wrestling facility.

2013 — Landon celebrates its 60th Azalea Garden Festival and plans for its 85th anniversary.

2014 — Landon celebrates its 85th anniversary. The Landon United capital campaign comes to a close having raised more than $51 million for the school, the most successful fundraising initiative in Landon history.