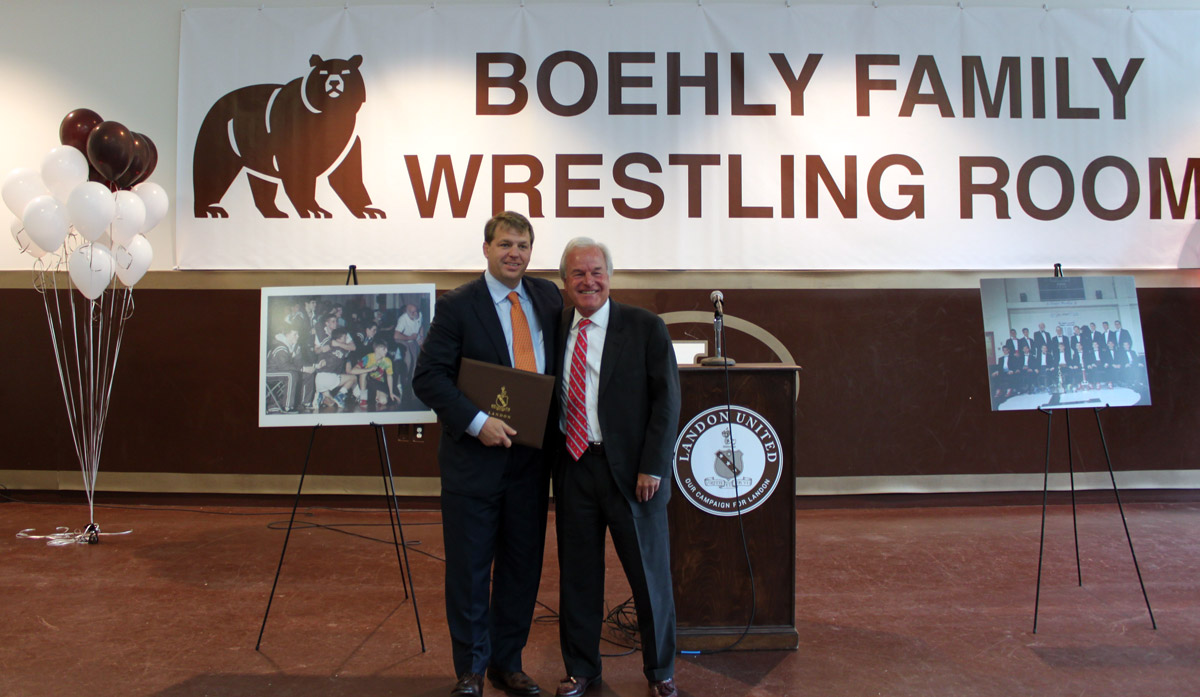 Todd Boehly ’91, who led the wrestling team to back-to-back I.A.C. championships in 1990 and ’91, returned to Landon on Fathers Visiting Day to have the wrestling room dedicated in his honor — and spoke to students about how his experiences at the school provided the keys to success.

“I hope you realize how special of a place this is, because I didn’t realize it enough when I was here,” said Boehly, president of the global financial services firm Guggenheim Partners, part owner of the Los Angeles Dodgers baseball franchise, and former member of the Landon Board of Trustees. “You guys are all representative of the Landon brand, and that’s a tremendous thing: honor, brotherhood, courage, character. These are all the things that are critical in life. And, as you matriculate through life, I really hope that you stay true to those causes because those are the things that will get you where you need to go.”

Also instrumental in getting Boehly where he needed to go were his Landon mentors — including Upper School math teacher Steve Sorkin, who introduced Boehly at the Fathers Visiting Day assembly, and former Landon teacher and wrestling coach Doug Lagarde (now a Landon board member and the head of Severn School), who spoke at the wrestling room dedication.

Boehly recalled struggling to keep his head above water while at the College of William and Mary, and credited “Sork” (as he calls him) with pulling him from the depths. “College overwhelmed me, my grades started to suffer and I started to languish. So I came back to Landon and I talked to Mr. Sorkin,” Boehly said. “It was Sork’s idea to go study at the London School of Economics. He said, ‘You need a redo, so go find it.’ That got me going back in the right direction, and for that I’ll forever be grateful.” 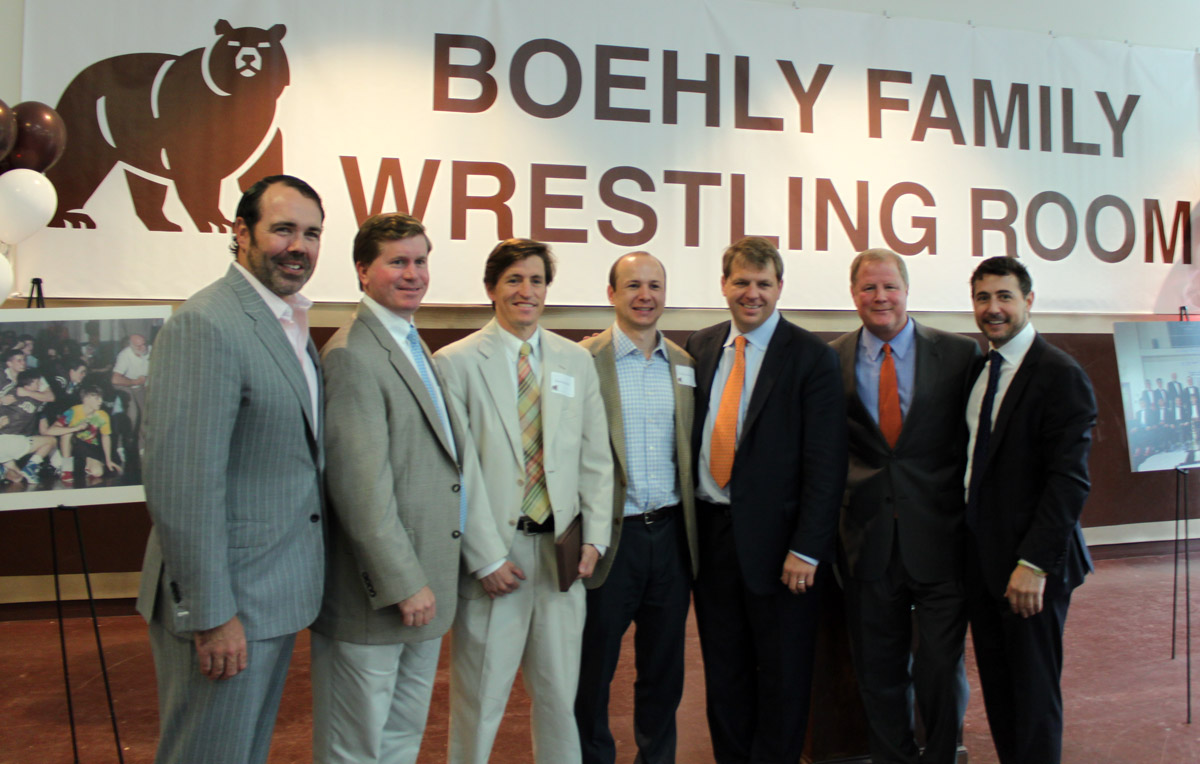 Sorkin, meanwhile, noted that many of Boehly’s former Bear classmates, including Michael Banks ’92, Peter Corrigan ’91, Jeff Lamkin ’91, Art Rosen ’91 and Jon Wagner ’91, were present for the dedication. “Todd expended as much energy on the sidelines in encouragement of his teammates as he did on the mat,” Sorkin said. “How fitting it seems that so many of his classmates have traveled distances to attend the dedication, exemplifying the spirit of brotherhood that stands as Todd’s hallmark.”

Boehly’s wife Katie, sons Nick, Zach and Clay, his mother Carol, and his aunt Jane and uncle Bill were also present at the dedication, where several of the distinguished alumnus’ friends shared stories from their years at Landon — as well as from the present.

Rosen recalled a particularly telling conversation he and Boehly had during a recent visit. “I asked him, ‘What do you truly believe is the biggest key to your success?’” Rosen said. “And Todd said, ‘When I’m negotiating a deal, the objective is not to get the best deal for myself but to make a deal that’s fair to all parties involved. Most people try to wring every penny for themselves. That strategy earns them more money on one specific deal, but it doesn’t build trust or long-lasting relationships.’”

Headmaster David M. Armstrong presented Boehly with a plaque to commemorate the naming of the Boehly Family Wrestling Room and expressed a similar sentiment. “Our hope is that our Landon boys bring what they learn here with them as they become leaders and men of character,” Armstrong said. “That is what Todd has done, and it is why I am honored to name this room for him and his family.”

“Just being here you see how special of a place Landon is,” Boehly, who has used his financial success as a springboard for philanthropic endeavors like the Solomon R. Guggenheim Foundation and FACES (Finding a Cure for Epilepsy and Seizures), said in accepting the plaque. “Coming back and reflecting on it really is emotional. I’m honored and privileged to be here today.”