One of the goals of the 2018 Strategic Plan is to find ways to facilitate intentional, school-wide programming for students and faculty. Building on Landon's annual field day known as Bear Games, the school held three "One Landon Days" in 2018-19 to help achieve that goal, including one on Wednesday,

"The opportunity to come together as a community is an important part of our school culture. One Landon Days build relationships, allowing students and teachers across divisions to authentically connect with each other," said Assistant Headmaster Charles Franklin. "We want to be consistent with the very best in boys' education, and current research, along with our lived experience with boys, tells us these connections are critical to our students' cognitive, social, and emotional well-being." 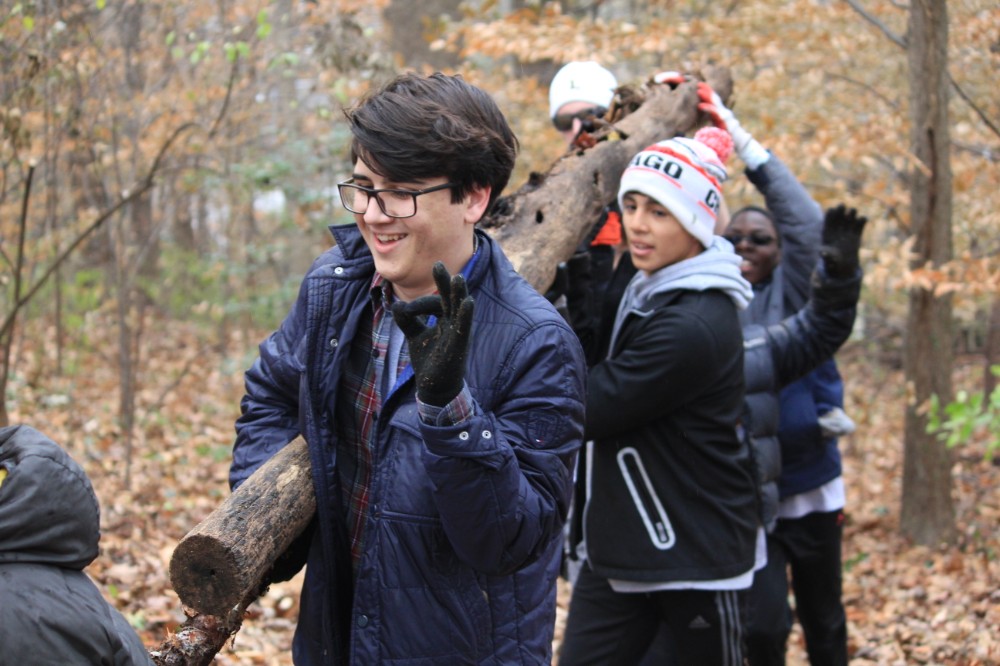 The boys are divided into their Bear teams, with boys from each grade on each team, for the day's events. The first One Landon Day held in November featured a day of environmental stewardship with a campus cleanup project, as well as music performances and readings focused on giving thanks and appreciating others.

During the second One Landon Day in January, students watched a film about perseverance and then broke into smaller groups to discuss the film's ethical lessons. They ate lunch with their Bear teams and ended the day with a school-wide talent show. The final One Landon Day yesterday was Bear Games, with the boys dividing into their teams for competitions of dodgeball, capture the rugby ball, and basketball knockout. (The Brown Bears won.)

"It's a leadership opportunity for the older boys and a chance for our younger boys to be inspired by their older role models," added Franklin. "We know it is tremendously impactful for older boys to have those experiences to lead younger students. They may not have thought of themselves as leaders, but through One Landon Days, they help direct a cleanup activity or organize a talent show skit. And the younger boys are very attentive to the older boys' direction. During these kinds of moments, when you see the boys at work on an ethical dilemma or just having lunch together, you can also see them start to foster meaningful relationships with their fellow Bears across all grade levels."

Franklin says the school will continue to have multiple One Landon Days in the 2019-20 school year and will look for additional programming in the areas of ethics, leadership, citizenship, life skills and service as outlined in the Strategic Plan.